Camp Shinning’s White Organoclay is your best and most trusted organoclays manufacturer and supplier in China which with good price and uses. We provide different types of organophilic clay, which are widely used in paint and coating industry, ink and grease industry and oilfield drilling industry. 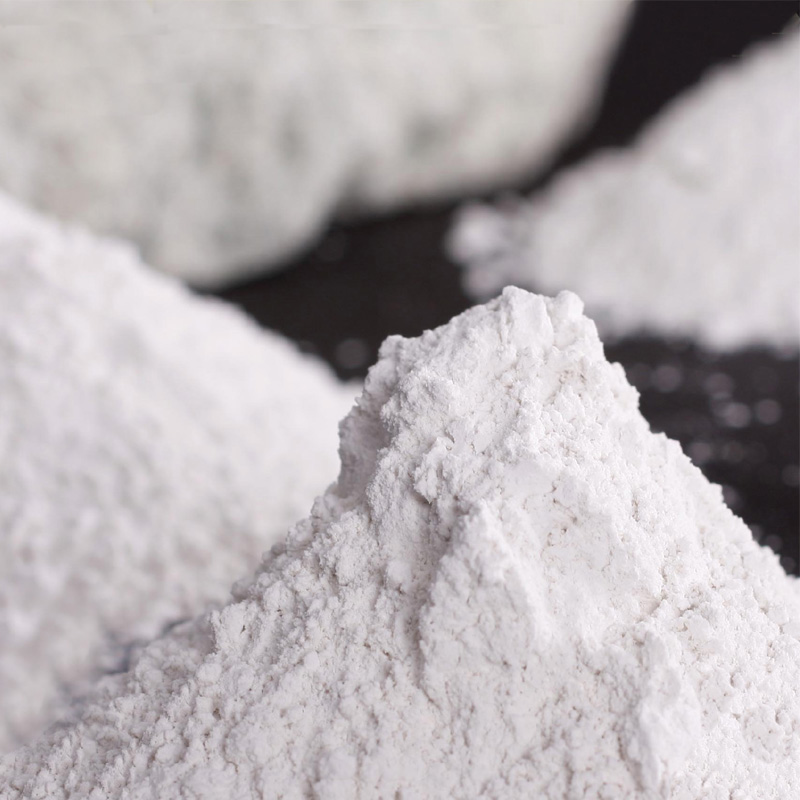 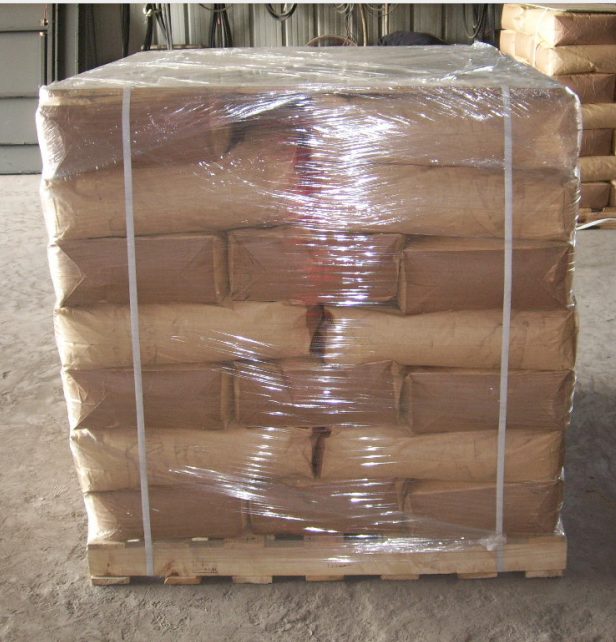 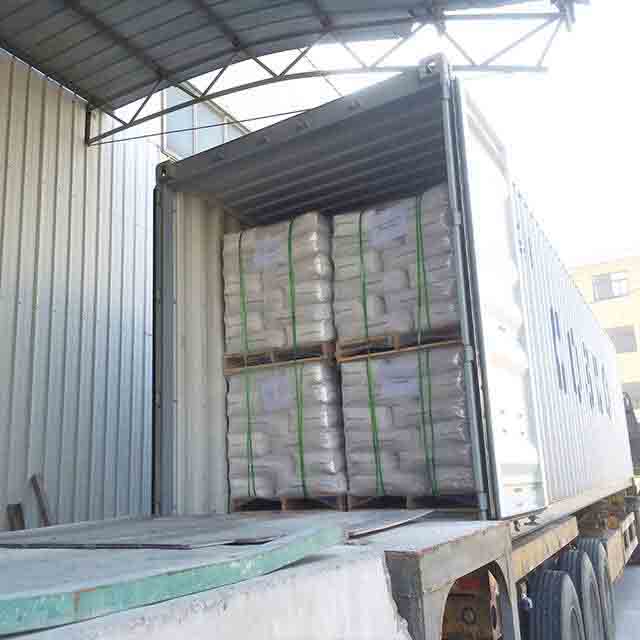 White Organoclay Your Best Choice for Your Project

Phytosilicates, or pozzolanic clay minerals, are modified by quaternary amines to produce the clay mineral known as organoclay.

Similar to the parent clay minerals, the resultant material features a lipophilic surface made up of covalently bonded organic molecules.

Because it functions as a filler and dispersion in solvent-based paints and coatings, organoclay is frequently employed in applications involving acrylic resin.

Compositions including organoclays, a rheological addition with significant benefits above conventional alumina powders, are offered here.

These mixtures have the ability to conceal surface flaws and create innovative color effects.

The advantages of using organoclay rheology additives are numerous and include improved color, finer particle size, reflectivity, gloss, and brilliance.

To improve the aesthetic effect, the current innovation also permits the blending of organic and inorganic colours.

Organoclay powder is added at various points during the coating process as part of the preparation procedure for solvent-based paints and coatings.

In order to boost viscosity and prevent pigment settling, it can also be employed as a post-additive in painter’s palettes.

Because the solid content of solvent-based paint components is often low, adding organoclay powder can make the paint more viscous.

Additionally, the sintered layer is not cohesive and develops fissures.

Thermal decomposition also prevents the sintered layer from forming properly, which might result in coating damage in a fire.

The automotive industry is another place where organoclay white is used for solvent-based paints and coatings.

This region uses a lot of coatings, thus its utilization calls for a strong thermal barrier and protection from extreme temperatures.

Traditional pigments can be replaced with the high-performance, cost-effective Organoclay White for solvent-based paints and coatings.

It can be applied to a wide range of cellulosic materials and has a long number of applications.

A rheological ingredient used in paints and coatings is called organoclay.

It enhances paint leveling and uniformity and avoids pigment settling.

It lessens paint drooping on vertical surfaces and gives solvent-based paints an additional layer of tack.

It is added in a range of 0.2 to 1 percent, depending on the application.

Organoclays are also employed in a number of industrial applications and for the prevention of corrosion.

One of the most popular inorganic rheology modifiers used in solvent-borne paints and coatings is this clay.

Compared to other organoclays, organoclays exhibit better control of sag, flow, and anti-leveling in organic solvent-based paints and coatings.

Smicket is very dispersible in comparison to other kinds of organoclays and can be put without additional additions directly to the grinding base.

It can be incorporated either before or after crystallization, and it stops the development of primary particles.

One of the most often used ingredients in solvent-based paints and coatings is rheology modifiers.

These substances, which are typically found in powder form, are of natural origin.

Through various commercial grades, their chemical qualities, which are dependent on their rheological behavior, can be investigated.

The viscosity and flow properties of coatings and paints may be improved using associative modifiers.

Organoclays are great at regulating rheology and viscosity in addition to being non-polar.

They perform exceptionally well in terms of sag control and anti-settling and are compatible with a variety of inorganic solvent-borne systems.

There are additional inorganic and hybrid rheology modifiers available.

They consist of organoclay, precipitated silica, and fumed silica.

Associative thickeners are surface-active organic rheology modifiers that attach to the polymer film matrix as films are being formed.

They also give the coating layer characteristics like resistance to sagging and settling.

There may be a range of resistance to settling and sagging among the various additives used in solvent-borne paints and coatings.

A naturally occurring material with good thixotropism is called organoclay.

The main components of organoclay are sodium montmorillonites and hectorite.

Its thixotropic characteristics can be enhanced yet more by the addition of organic alkyl groups.

Organoclay is beneficial for managing the separation of liquids and pigment particles as well as for usage in paint and coating formulations as a thixotropic ingredient.

The sort of shear that is used to thin out white organoclay affects how it thickens.

For highly colored paints, high viscosity thickeners are suggested since they have a lower chance of sedimenting pigment particles due to their increased viscosity.

The slope of the thickener’s viscosity has an impact on a number of properties including flow rate, leveling, sag resistance, film thickness, and opacity.

High-filled systems need greater viscosity levels at minimal to no shear rates to offset this.

For solventborne paints and coatings, these characteristics are crucial.

The inclusion of CP-257 can enhance the white organatones’ shear thickening behavior in paints and coatings.

A rheological additive with a wider range of compatibility is CP-257.

It is used as a powder to paint mixtures, and is normally blended in at a rate of 0.1 percent to 1.0 percent by weight.

However, it must be used in conjunction with a polar activator for best results.

The shear rate and application method affect the rheological behavior of white organoclay in solventborne paints and coatings.

The most precise method for analyzing the shear-thickening behavior of solventborne paints and coatings is shear rate measurements.

The price of additives

Depending on the final application, the geographical region, and other variables, the price of white organoclay additives for a solventborne paint or coating may change.

However, this substance is regarded as a multipurpose additive with a wide range of capabilities.

Despite making up a negligible fraction of the paint’s weight, it accounts for 13% of the cost of raw materials.

Because of this, the coatings industry views it as an useful value-added component.

Without the expense of additional raw materials, the same performance can be obtained with solventborne paint.

CP-1 is one of the top white organoclay additions for paints and coatings that are solventborne.

If there are strong shear and letdown tank conditions, it can be incorporated into the pigment grind.

Chemical activator is not needed for it to disseminate.

To improve the rheological qualities of paints, white organoclay additions are utilized.

The thixotropic characteristic that holds brushstrokes is added by these compounds.

They can be immediately incorporated into solventborne paints or coatings and are used as an alternative to stearates and wax.

The solvent-borne paint uses polymer to help it stick to the surface.

Because of this, it works well as an addition in water treatment systems.

There are many different kinds of organoclay additives on the market right now.