Used as a sequeatering, dispersing, deflocculating agent, and as a coating agent to generate a thin

SHMP can be used in constantly regenerated industrial water as a softener;

Sodium Hexametaphosphate is utilized in the textile industry for industrial cleanning and as dispersion in pigmenting and dyeing processes. 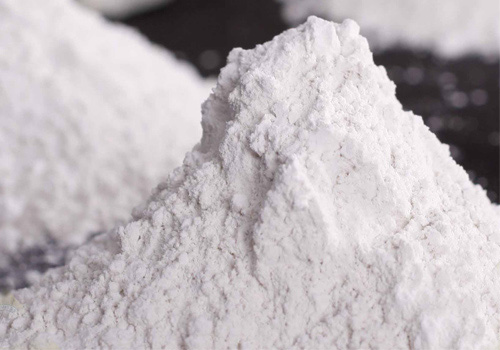 SHMP Advantages for Paint Applications
Sodium Hexametaphosphate‘s outstanding brushability is one of its benefits for paint applications. When applied at 2% concentrations, it is quite fluid and imparts a prominent flow mark on the paint. It gets viscous and automatically levels out at 6% concentrations. Under gravity, the paint also preserves its original shape. Here are some of the advantages of SHMP for paint applications:

In the presence of depressants, both minerals float, and their molar ratios should be adjusted correspondingly. Sodium Hexametaphosphate was found to reduce the floatability of calcite and scheelite in paint in this investigation. Although a depressive effect is advantageous, this method is ineffective for high-grade calcite. The process of high-grade beneficiation is more efficient and cost-effective.

Calcite and scheelite’s sulphide and silicate composition influences flotation. They co-adsorb with calcite when coupled with a solvent. Sodium Hexametaphosphate, on the other hand, reduced the potential of calcite. Its effects on calcite and scheelite floatability are addressed further below.

This combined depressant reduced scheelite’s potential. The decrease,demonstrating that it is selectively depressive to calcite.

Water glass adsorption of SS has a major effect on the mineral surface in alkaline settings. Sodium Hexametaphosphate reduces the zeta potential of calcite under these conditions.

The degree of chemical heterogeneity raises the rate of colloid deposition. Increasing l to 10% increases deposition rate by an order of magnitude.
the amount of Sodium Hexametaphosphate in the slurry will affect its ability to cling to teeth. A typical dispersion agent is sodium hexametaphosphate. It is water soluble and has strong anti-corrosion qualities. SHMP (sodium hexametaphosphate) is also commonly used in the manufacture of paints, coatings, and photos. The chemical keeps colours distributed while preventing spots on the film.

Sodium hexametaphosphate is a white powder that dissolves in water and contains six phosphate units. It is commonly used in food, dairy goods, and personal care products. The taste of the chemical, on the other hand, is not an issue. The capacity to bind metal ions is the most intriguing aspect of its application. It’s also utilized in the manufacture of baking powder.