All production facilities of Camp Shinning are in line with the international quality standard ISO9001 series certification facility standards.We take a proactive approach to handling and solving, and provide you with a one stop solution of thickening rheology modifier agent.We always take a proactive approach to focus on providing consistent high quality organophilic clay bentonite and services with our end users. 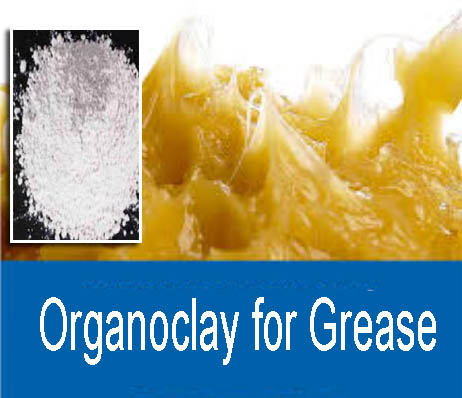 Rheology modifier based on montmorilonite for solvent borne systems.The rheological additive can be used widely in solvents from low polarity to medium-high polarity.

Rheological additive designed especially for use in solvent based system. It can be used widely in solvents from low polarity to medium-high polarity.

Rheological additive designed especially for use in solvent based system. It can be used widely in solvents from low polarity to medium-high polarity.

Rheology additive in powder form based on an organophilic phyllosilicate for polar to medium-polarity systems to generate thixotropic flow behavior.

All of our workshops have adopted a unified standard of strict quality control in the production of organo bentonite.70% of the employees have worked in Camp Shinning for 17~20 years. They finished the special training to have a comprehensive understanding and control of the whole production process and principle.

At present, providing high quality organoclay rheological additives is our core technology, and our research and experiments in the field of rheology have been well received by our users.

These organo clays additives are a high performance thickener, which can affect the rheological properties of thousands of products, such as lubricating grease, paint ink and drilling fluid.

Our technical service team has always worked closely with our end users to help them improve their ability to apply rheology modifier and maximize the performance requirements of organoclays bentonite agent.

Our laboratory is equipped with some high–end testing instruments to control the performance of our products more effectively.

Different types of organoclay gelling agent produced by us are used for lubricating grease and other lubricating systems. With different bearing capacity. Montmorillonite is commonly referred to as bentonite clay type, which has a central substituted aluminum oxide.When you use our organoclay rheology modifier, it will not interfere with the performance of the base oil in the grease.

From natural clay to oil thickener, organophilic clay bentonite is a highly effective water gelling agent. If the high efficiency binder wants to play its due role in the organic system, it must be modified.oil viscosity modifier and grease gellant.

The organo clay bentonite we provide to customers is provided to customers in the form of powder.Therefore, it is necessary to make it play a decentralized role when using it.In the process of full and complete dispersion, the performance of organoclays bentonite in grease can be fully reflected.

Acetone and Methanol/H2 O (95/5) also recommends these. Of course, water is used in some formulas, which is also a good  activator.

First of all, there is the second step of mixing all the bases. It takes about 5 to 10 minutes to mix the Organoclay Gelling Agent bentonite until it is put on the board.

In the third step, add polar activator and mix for at least 30 minutes. In the fourth step, add some additives.

In the fifth step, start grinding all the materials above.

In the sixth step, carry out packaging. We need to remind that the grinding of the fifth step is to use a colloid mill or a homogenizer to achieve its grinding.

The following information is provided for you as the base oil with slightly poor wettability. You can refer to the following steps.

Mix the following substances in a container of appropriate size.

2,Use 5~10 minutes to mix and disperse the organoclay bentonite to make it fully mixed.

3,Disperse and mix for 30 minutes, and add all the passion spark machines to the formula for dispersion.

4,Mix the remaining base oil into the recipe.

5,Grind with colloid mill or homogenizer.

Here we recommend some steps about Organoclay Gelling Agent  heating process for your reference.

The heating process is mainly for remove volatilization or help add some additives such as polymers.

Although this process is not necessary, it will help to disperse the organic clay thickener into high viscosity mineral oil, vegetable oil and other low concentration liquids.

If your temperature exceeds 100 ℃, 0.1% water must be added in the cooling cycle of the heating process to re-bestablish the  hydrogen bonding  required for the maximum gel strength.

The operation sequence is as follows.

1,First, mix all base oils, add organophilic clay bentonite, and then add polar activator. This process takes at least half an hour. Add the remaining additives, and then grind. The grinding tool is mainly a colloid mill, and then pack.

In order to give full play to the performance of each additive in the grease, we recommend that you add all additives before grinding, and let them be fully dispersed and mixed.

First of all, cp series organo clays bentonite is the base oil of lubricating grease, which is generally suitable for

It is also an activated gelling agent | Self-activating gellant

It is friendly to the environment.

It can improve the impermeability of non clay grease.

It can be used to produce non melting high-temperature grease.

The replacement CP-250A of our cp series represents a major breakthrough in the use of organic bentonite grease.

One of his biggest advantages is that it no longer requires polar activators to achieve complete dispersion of organo clay bentonite.It is also a great progress in terms of saving the cost of raw materials.

We emphasize once again that the CP-250 a CP-MPZ used in lubricating grease does not need the chemical activator required by traditional organoclay gelling agent , such as propylene carbonate and similar alcohols. It is recommended to directly add oil into the dry organic clay powder.

It is recommended to add water accounting for 0.1% of the weight of the total grease to achieve the maximum gelling effect.

Generally, the addition of water can improve the organic bentonite adhesive. About 10 times the gel efficiency.

If you don’t want to add water, you can add an appropriate amount of cp250a to counteract the influence of water.In fact, the actual consistency of lubricating grease depends on base oil additives and processing equipment.

Our ORGANOCLAY CP-40 and CP-180 are recommended for vegetable oils.It is also very suitable for diesel fuel.

In fact, the extent to which lubricating grease is affected by temperature is similar to that of base oil.Generally, the base oil between minus 60 ° and 180 ° will affect the yield value of  grease.

The troubleshooting method for the problem of checking the grease is as follows.Organoclay Gelling Agent For Grease

1, First check the concentration of the gelling agent.

2,Check the time and force of shearing force.

3, Check the concentration of polar activator or water.

The corrective action we suggest for you is.