Camp Shinning is a professional bentonite for drilling manufacturer and supplier in China.Who provide many different types of organoclay types in drilling mud.

As a professional Bentonite for Drilling, organophilic clay bentonite has a good suspension effect in diesel oil.
Click Here

When the base oil is mineral oil, organophilic clay Bentonite for Drilling has good viscosity and rheology as a fracking chemicals, which can effectively reduce the filtration.
Click Here

Organophilic clay Bentonite for Drilling are used as fracking chemicals in synthetic oil, It can effectively prevent the well wall collapse.
Click Here
Why is Bentonite Clay Used in Well Installing ?

The use of Bentonite for Drilling in the installation of wells is a relatively new development. This mineral is a white powder that is soluble and has a wide range of industrial applications. However, the properties of Bentonite for Drilling make it an excellent choice for water-conditioning applications. It modifies the pH and hardness of the water.

Bentonite for Drilling is another application for bentonite. It is mixed into the flush fluid to keep stone debris from falling back into the drilled shaft. The clay protects cutting tools from corrosion and creates hydrostatic pressure in the borehole. It’s also used in good installations to keep the drilling rig safe by transporting drill cuttings to the surface. It also keeps the rock from migrating back into the drilled shaft.

How do You Mix Bentonite Clay for Drilling?

“How do you mix bentonite clay for drilling?” you may wonder. Before you start, you should know what it is and how it works. This is a critical question because it will affect the consistency of your final mixture. The amount of Bentonite for Drilling required is determined by the drilling conditions. For example, if you’re drilling in soft clay, you may need less bentonite, but if you’re digging in sand or softer rock, you’ll need more.

To begin, you must determine the type of soil you will be working with. If your soil is rocky or acidic, you should use a softer clay than a traditional one. If your drilling fluid contains bentonite, make sure it also contains polymers that can combat the clay’s abrasive properties. The PAC polymer is used to provide secondary filtration control, whereas PHPA polymers are used to prevent clay swelling in reactive clay formations. Finally, large molecular weight polymers act as suspension aids, assisting in the extraction of larger cuttings.

This Bentonite for Drilling can be found in a variety of forms. You can use it as a constituent in your drilling mud if you need a mud that will work in the mud of an oil or gas well. The best bentonite for drilling is the one that corresponds to the formation type and viscosity. It should be thick enough to keep the cuttings from sinking into the settling pit by lifting them out of the ho

Is Bentonite a Drilling Mud?

Bentonite for Drilling is a clay mineral composed primarily of montmorillonite with trace amounts of other smectite group minerals. Bentonite swells when exposed to water, protecting formations from drilling fluids. Volcanic ash forms the minerals in marine basins. If you are thinking about drilling without mud, you should be aware of some basic information.

Bentonite is a smectite, a naturally occurring clay mineral with numerous beneficial properties. When mixed with water, bentonite expands several times its volume, forming a gelatinous, viscous fluid. This Bentonite for Drilling is made up of water, clay, and chemicals that have lubricant, cooling, and suspending properties.

Bentonite is widely used in drilling fluids. This mineral lubricates and protects cutting tools from corrosion. A fluid is used to generate hydrostatic pressure in a borehole, which allows a bit to drill deeper than it would otherwise. Additionally, it transports drill cuttings to the surface. It keeps stone from falling back into a drilled shaft. When the fluid is properly mixed, it offers the best lubrication and protection.

How do You Make a Bentonite Slurry?

What is Bentonite Used for in Drilling?

What is the purpose of bentonite in drilling? The thixotropy property of the bentonite prevents it from falling back into the drilled shaft. It’s common in civil engineering, metal foundries. Because of its absorbent properties, it is useful in drilling and other industries. It is also an excellent addition to sandy soils. Here’s how to put it to use in drilling.

Because of its high viscosity, bentonite mud can be difficult to remove from a drilled shaft. Before installing the casing, the drilling fluid can be thinned. Many drillers use a polymer before reaming because mud is difficult to pump out of the borehole. If you’ve ever wondered what bentonite is used for in drilling, this article will tell you.

Bentonite is a type of clay mineral that is found in marine basins. When exposed to water, the minerals in bentonite form a thick film and swell. The more lubricated the cutting tools are, the thicker the layer. The formation will be more resistant to drilling fluid if the layer is thicker. As a result, the thicker the bentonite mud.

Another important characteristic of bentonite is its high gel strength. If the gel strength is high, the drilling mud has a strong proclivity to suspend the drill cuttings. Allowing the mud to stand for 10 seconds is the best way to test this property. The higher the gel strength, the more firmly the mud adheres to the slough. The thicker the bentonite mud, the more likely it is to swell and block the borehole.

Why is Bentonite Used for Drilling Mud?

If you’re new to drilling, you might be wondering why bentonite is in drilling mud. Bentonite, unlike other minerals, can absorb water and even increase in volume several times. This allows it to produce gelatinous or viscous fluid. This drilling fluid is made up of water, clay, and other chemicals that lubricate, cool, and suspend drill cuttings in a typical drilling rig.

Bentonite is primarily composed of montmorillonite, with trace amounts of other smectite group minerals. When exposed to water, this clay expands and protects formations from drilling fluids.

Bentonite is a common drilling material, but it has other applications as well. Its primary application is as a lubricant and protectant for cutting tools. It is also used to generate hydrostatic pressure in the drilled shaft and to transport drill cuttings and stone to the surface. If you need to create a drilling mud that can withstand high pressure, bentonite is an excellent choice.

Bentonite is an important ingredient to consider when selecting the right drilling fluid. It boosts the viscosity of drilling fluids, making them more resistant to shear stress. When it comes to oil and gas exploration, the viscosity of a well mud is also an important factor. Use the proper mud if you want your mud to perform well in oil and gas fields.

The primary application of bentonite is as a mud additive. It is a three-layered naturally occurring clay that is widely used in drilling fluids. The swelling clay content of different bentonite ores varies. To make bentonite ores more suitable for drilling mud, sodium carbonate and long-chain synthetic polymers are used. This method is more effective, but bentonite is also susceptible to high temperatures, making it a poor mud material.

When it comes to drilling, bentonite can be an excellent choice. The mineral Bentonite for Drilling has excellent conductive properties and is very inexpensive. It can be used in a variety of applications and is the best choice for a shallow well. It can, for example, be added to the water in a drilling fluid, making it simple to make your own. The main advantage of bentonite is that it can help prevent bore hole damage.

The first step in producing drilling mud is to locate a supplier of high-quality Bentonite for Drilling. A supplier of Bentonite for Drilling should sample the deposits it sells, keep large stockpiles, and control drying. If a company cannot meet these criteria, it is unlikely to supply the product you require. Make sure you do your homework and find a supplier with industry experience.

The following step is to ensure that the bentonite you’re using is not too hard. The slower the drilling mud hydrates, the harder the water is. A high-quality drilling mud is made from water with a low pH. If the aqueous fluid contains too much sodium carbonate, it will not properly hydrate and may cause clogging and destabilization.

One of the most valuable minerals you can use is high-quality bentonite for drilling. Because of its high alumina content, it is an excellent choice for water wells. If you want to drill with it, you’ll need local bentonite for each well. If your bentonite concentration is higher, you can choose between two types of bentonite.

A good bentonite supplier for drilling mud must be able to sample their deposits and control the drying process. Because it is a great abrasive and can also be used as a stabilizer, this mineral is an excellent choice for a drilling fluid. Oil and gas wells can also benefit from high-quality drill mud. However, bentonite for mining should be environmentally safe and not harm the ground or water.

Bentonite for drilling has a higher viscosity than mud with a lower concentration, in addition to a richer color. It also prevents drilling mud from becoming too viscous and clogging the borehole. This mud is also safer than bentonite-containing mud, and oil rigs can drill for more than one day with it. 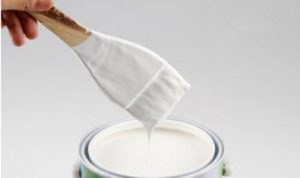 Our CP series water-borne rheological additive is a kind of natural silicate which main ingredient is hydrophilic and high purified montmorillonite.For its good properties of thixotropy and perfect thickening ability,it can be widely applied to water based coatings,emulsion paint,toothpaste,construction mortar,cosmetic,putty etc.Some grades can also be used to replace HEC,CMC and reduce the cost. 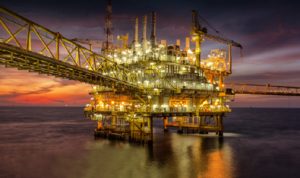 Camp Shinning organophilic clay is a wet process improved viscosifier gelling additive.Organophilic bentonite as a thickening agent in suspension and oilfield chemicals,it could maintains suspension over a wide temperature range in the base oil of diesel oil, mineral oil based invert fluids and synthetic oil.